History : When the world saw Morocco through the eyes of Delacroix and Matisse.

Eugène Delacroix and Henri Matisse have both found refuge in Morocco, in an artistic journey that led to the birth of a number of iconic paintings. Their trips introduced the culture, beauty and simplicity of the Kingdom in the 19th and 20th centuries.

Morocco has been, since forever, a source for inspiration to artists, especially those who were untiringly searching for exotic aspirations. Painters were among the celebrities who opted for the North African Kingdom. They grabbed their brushes, canvases, stretchers, and paints to journey there.

Ferdinand Victor Eugène Delacroix is one of these adventurous painters who arrived in North Africa and Morocco in particular to paint. Born in 1798, the French artist known in Europe as the founding father of the Romantic school, traveled to the Kingdom in the beginning of the 19th century in a diplomatic mission that was marked by his paintings.

It all started for Delacroix, son of a noble family in Paris, when he met Charles-Edgar de Mornay, a French politician who used to collect art. «The French Romantic artist Eugène Delacroix travelled to Morocco in 1832, in the party of the Comte de Mornay, a French diplomat», narrate Ian Donnachie and Carmen Lavin in their book «From Enlightenment to Romanticism : Anthology II» (Paperback, 2004). His stay in Morocco was after the French invaded Algeria, seeking good relations with the Kingdom ruled at the time by Sultan Moulay Abderrahman.

However, despite the diplomatic nature of Delacroix’s trip to Morocco, it was a significant turning point in his artistic career. «The six-month journey to Morocco was to prove a crucial stage in the artist’s development», said the same book insisting that Delacroix returned «to France with eight albums of drawings and annotated sketches».

More than that, the French artist was allowed through his trip to the North African Kingdom to be introduced to new things. In one of his known saying, Delacroix stated that «the Greeks and Romans are here at my door, in the Arabs who wrap themselves in a white blanket and look like Cato or Brutus».

A primitive and exotic world

The primitive image that Morocco provided for the painter was highly present in his sketches and paintings. According to Donnachie and Carmen’s account, the diplomat’s love for antique and simplicity was highly nurtured during his stay in Morocco. His experience was translated into descriptive paintings that marked the era such as «The Jewish Wedding in Morocco», painted in 1837.

In his note, published by EugèneDelacroix.com, an online portal dedicated to the artist, he described in details the Jewish wedding he attended in one of the kingdom’s cities. «The Jewish wedding. Moors and Jews, at the entry. The two musicians. The violinist; thumb in air, the underside of the other hand very shaded, light behind, the haik around his head transparent in places; white sleeves, shadow behind», Delacroix wrote in a notebook.

Delacroix’s extraordinary trip to the country was also known for other master-pieces such as «Arab Horses Fighting in a Stable» (1960), «The Lion Hunt» (1856-1861), «Arab saddling his Horse» (1855), «The Fanatics of Tangiers» and a portrait of the Sultan.

Following the steps of Delacroix

Delacroix was not the only French painter to consider travelling to Morocco in an attempt to witness new things. Eighty years after the father of Romanticism visited Morocco; Henri Emile Benoit Matisse packed his suitcase searching for the warm sunbeams in Tangier. The French draughtsman, printmaker and sculptor regarded, alongside Pablo Picasso, as one of the artists who shaped painting and sculpture in the 20th century, followed the steps of Delacroix.

This time Matisse was neither a diplomat nor a Romanticist. Encouraged by an Islamic art exhibition in Munich in 1910, he wanted to study primitivism and Morocco was the right destination to opt for.

«Henri Matisse saw Tangiers as an earthy paradise», wrote Lurre Miller, revisiting the places the artist journyed in Morocco on a Washington Post article dating back to 1990.

«The artist visited the city twice, in 1912 and 1913, in search of a new direction for his art, and found inspiration for his greatest works in the bright African light, vivid colors and languid sensuality of the Moroccan landscape and architecture, the gardens and the people.»

During his first days in Tangiers, Matisse stayed in the Grand Hotel Villa de France. It was gloomy and raining, and he was forced to stay in his hotel room where he first sketched a vase full of Irises. Complaining about the unexpected bad weather, «he sent a grumpy postcard to Gertrude Stein informing her that for five days ‘it had rained incessantly’», recalled the American newspaper.

In his numerous visits to Tangiers, Matisse painted several canvases, including his masterpieces «Landscape Viewed From a Window», and sketched at his famous hotel room. He loved to paint in the Casbah, and most precisely by Bab el Assa, a gateway to the ancient Medina.

«Here Matisse had set up his easel to paint the distant view of Tangier. He used the gate as a frame, foreshortening, rearranging and adding elements to suit his composition until all that remained the same as the actual setting was the shape of the gate and the distinctively Moroccan mood in his magnificent painting, ‘Casbah Gate’».

Matisse’s trip was all about discovering new things that inspired his artistic journey. He was a reoccurring visitor of Dar el Makhzen, a former royal palace that serves a museum; there Matisse «studied the beautiful tile work, wandered in the garden and absorbed the Islamic atmosphere. It was a new, exotic world. Its impact, according to Cowart, was ‘the hinge’ between Matisse’s earlier European fauvist style and his more original, powerful later work», added Lurre Miller.

All in all, Matisse returned to France with 24 paintings sketches and numerous drawings such as Le Rifain assis, 1912–13, and Zorah on the Terrace, 1912.

Several other painters followed the steps of Henri Matisse and Eugène Delacroix throughout the years whose paintings contributed in introducing the country and highlighting its culture, beauty and particularities. 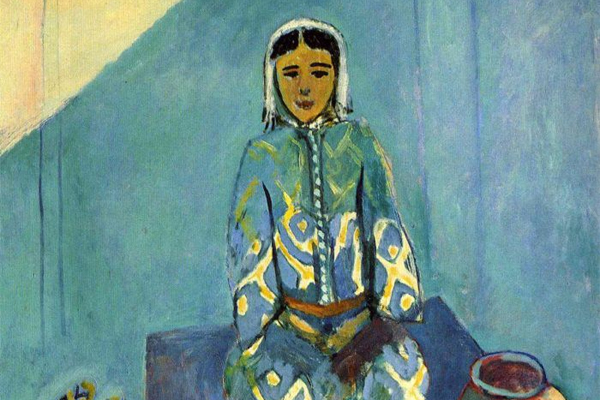 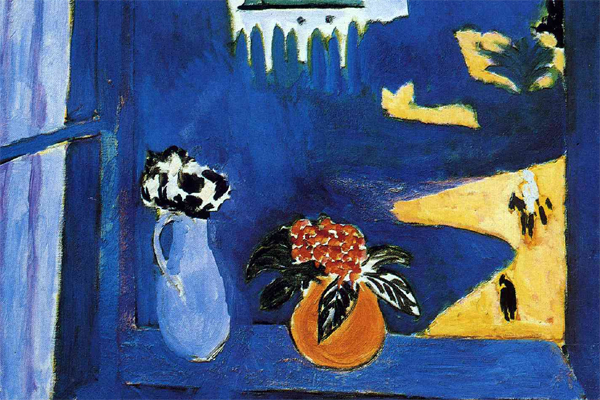 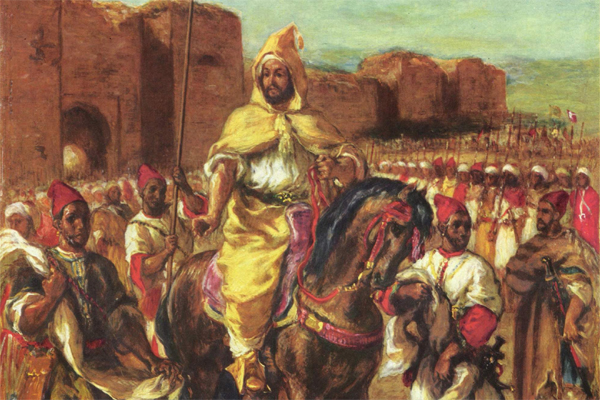 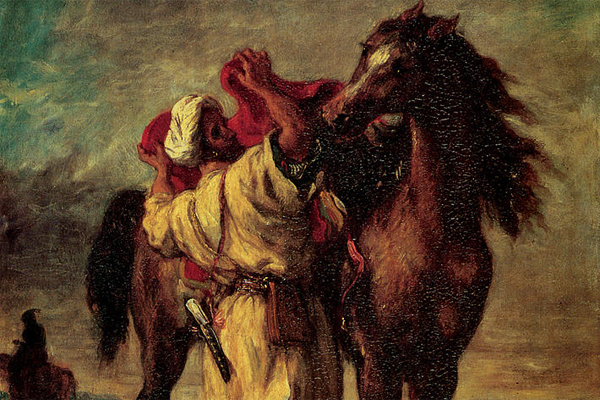 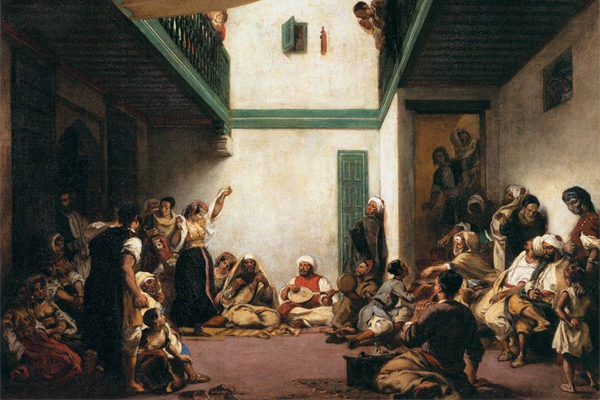 Quick weekend getaways with Leading Hotels of the World

For those explorers who love to travel but only have the time to escape for a long weekend, The Leading Hotels of the World invites guests to discover quick getaways for the holidays.

Choose from a wide collection of remarkably uncommon hotels, whose architecture, dinning and magnificent views allow guests to feel far yet so close to home.

The success of a trip hinges on creating the perfect itinerary: mapping out how many days to spend where; designing days that balance sight-seeing and relaxation; and discovering the hot spots locals frequent. With thoughtfully curated amenities, innovative design, and amazing service, The Leading Hotels of the World are uniquely suited for travellers’ delight.

The list below features the most desirable and sought-after destinations to visit this holiday season with loved ones.

Le Gray, Beirut Lebanon
In the heart of downtown Beirut, Le Gray is the first contemporary luxury hotel sitting in the city’s most happening neighborhood. With a modern classic design along with contemporary interiors the hotel offers a luxurious yet comfortable experience geared towards guest satisfaction.

Constance Halaveli, Halaveli Republic of Maldives
Where time stops and dreams become reality the beautiful Constance Halaveli is bounded by crystal waters and sparkling white sand. The hotel’s spacious accommodations with villas overwater are created to make guests feel one with the environment’s surrounding natural beauty.

The Grand Tarabya, Istanbul Turkey
Visit a true landmark of Turkish hospitality at The Grand Tarabya. With endless breathtaking views of where east meets west, Tarabya is a unique neighborhood with a scenic harbor, colorful scenery and green landscapes.

The Chedi, Muscat Oman
The Chedi brings elegance with a perfect blend of Omani architecture and Asian Zen-style. Enjoy the hotel’s largest spa in Muscat, and its fantastic fine dining restaurants with cuisines from around the world. 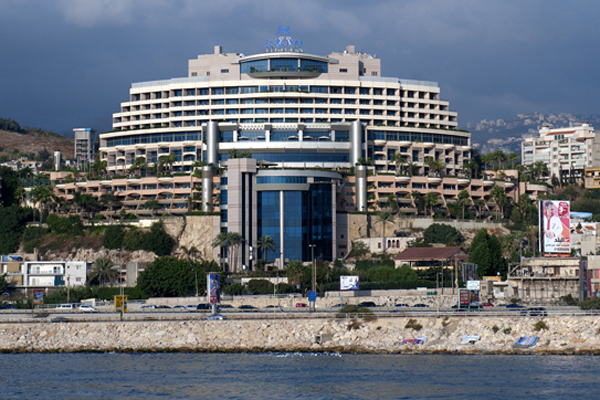 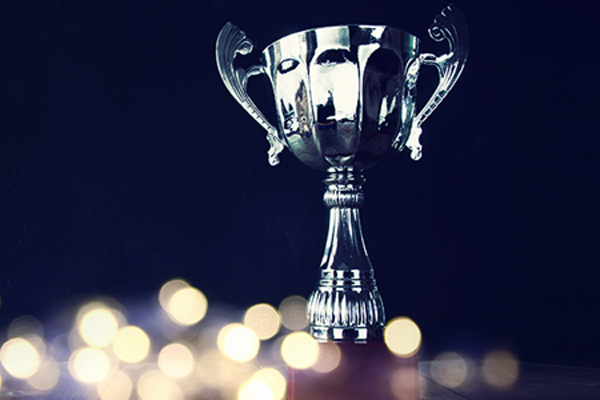 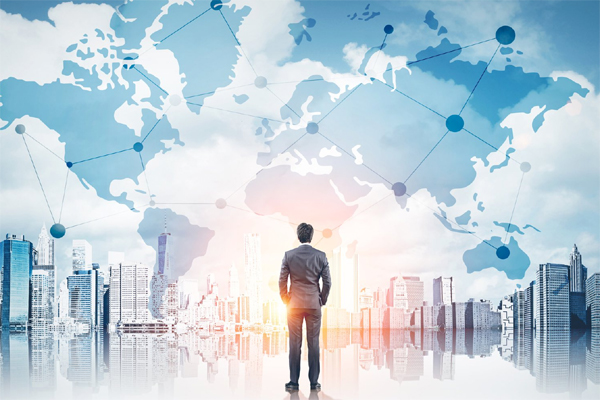